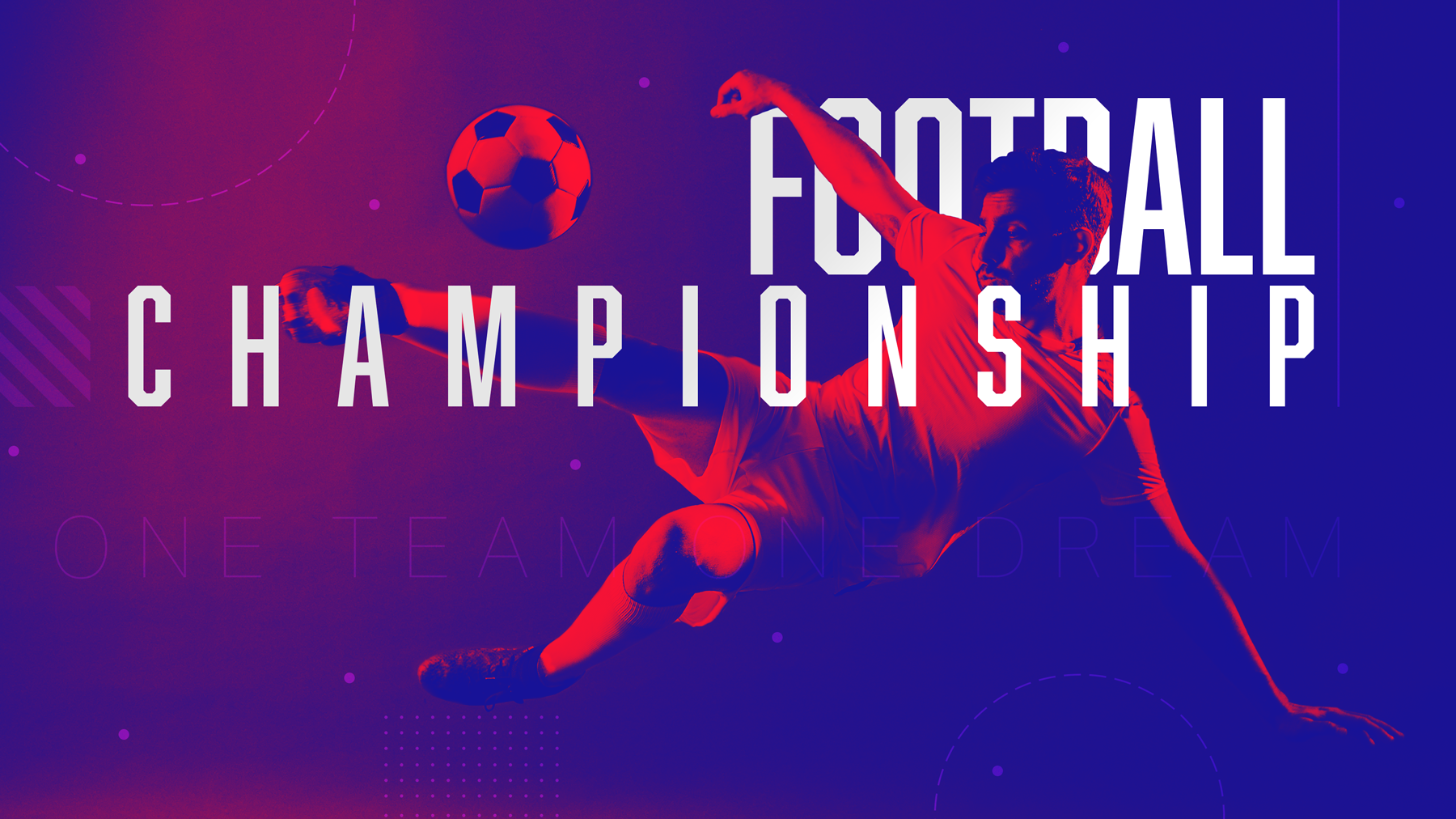 With thirty six senior teams entering the 2001 tournament the mathematics for once were simple. The teams would be split into six groups of six. The defending champions premiere Eurocom (formerly Beetacom) were drawn in group six and showed they meant business winning all their group games without conceding a goal. New boys Harlesden FC joined them in the second round. Last years semi finalists KBM were drawn in group 1. With Chem unable to play due to an ankle injury, Nimesh, a previous tournament top scorer was drafted in as a last minute replacement. KBM cruised into the next round. Super tough Glaze joined them as runners up. The two reds, Finchley and Dragons dominated group 2. Both teams had 13 points, but Finchley reds won the group on goal difference after their 9-0 demolition job on the (not) so solid crew. Group 3 was won by The Dragons thanks to a convincing win against Real Woolwich in their first game. This proved to be real Woolwich’s wake up call as they joined the Dragons in the 2nd round as runners up. Group 5 went down to the wire with the winners being decided on the final game between Kutch 7 and Haryom. On paper, Haryom who were unbeaten, looked favourites, but Kutch 7 who clearly had different ideas between Haryom away 3-0, to win the group. Baladia ‘A’ joined them in the next round as runners up. Group 6 was the closest group to call with Bolton ‘A’, Baladia ‘B’, KV Massive ‘A’ and Edgware United all capable of going into the next round, with their last game to play. Experience was all important as, old timers Baladia won the group on goal difference. Edgware United aka “lastminuteENTRY.com” joined them in the next round as runners.

The 4 best 3rd place teams also went through to the next round. Then were DH Electronics ‘A’, Masters Club ‘A’, Haryom and Bolton ‘A’. However, Bolton ‘A’, who presumed they failed to qualify had already packed their bags and left hoping to beat the M6 traffic. After a few frantic calls on mobiles were managed to catch the Bolton minibus…………. in Northampton!

Meanwhile, The Dragons had quietly won Group 3 without much fuss. The fight for the next quarter finals spot was very close and again it went down to the last game, between Baladia ‘A’ and Super Tough Glaze. If Baladia won they would automatically go through. However, if Super Tough could win by at least 3 goals, then they would proceed at the expense of Bolton ‘A’. As it happens Super Tough beat Baladia 3-2, but that was not enough and Bolton ‘A’ went through with a superior goal difference. Dips of Super Tough tried to get the ruled changed and push for the playoff, but rules were rules and they could only be broken upon payments in brown envelopes, to myself, in access of £1000. Fortunately, Dips could only scrap £14.98 and was forced to leave empty handed. Suddenly, Bolton ‘A’ who could have been home by now realised they were only 3 games away from winning the tournament. Elsewhere, it all seemed to be going well for Premiere Eurocom as they demolished the Red Dragons 4-0 in group 4. This seemed to wake up the Red Dragons and far from calling it a day, they picked themselves up and won their remaining games to top the group in contrast, and Premiere Eurocom took their foot off the pedal and drew their two remaining games. They went through as runners up.

The first Quarterfinal saw fierce rival KBM play Bolton ‘A’. By now the Kingsbury had shifted the gear level up and were determined to send Bolton back up the motorway. Bolton ‘A’ were unable to cope and KBM scored 2 well deserved goals in the first half. They scored a third in the second half before Bolton ‘A’ pulled a goal back in the dying seconds. Their Indian summer was short lived and it was finally time to hit the M1 again and make their long journey home, this time there would be no calling them back….. or would there?

The second quarterfinal was between The Dragons and new boys Kutch 7. Both Teams played some good football. And it was not surprising the game went down to a penalty shootout. Both sets of players nervously came up to take there respective penalties, but it was The Dragons goalkeeper who turned out to be the deciding factor. He made some outstanding saves helping The Dragons go through 4-2.

The third quarter final was between defending champions Premier Eurocom and Baladia ‘B’. Could Baladia finally get their hands on the trophy? Amit of Premier and Mansukh of Baladia both went close winning it for there sides in normal time but again, it was to be a penalty shootout that decided the winner. Although both teams were experienced in penalty shootouts, trembling legs and a sign of nervousness still showed. This became apparent as player after player stepped up to see their penalties missed or saved. Finally, Vijay scored for premier and now all the pressure was on Naran who simply couldn’t afford to miss. He stepped up and scored a beautiful penalty past Jit. Next was Raj of Premier. Cooly he slotted the ball past Nanj. It was sudden death and up to Dinesh Mepani to keep Baladia in the tournament. The crowd went quiet as he placed the ball down and took a step back. He took one look up but as he stepped up few unruly idiots decided to shout and put him off. Unfortunately, the idiots got their way. As soon as he hit the ball, the Premier Eurocom team was celebrating as the ball flew over Jit’s bar, over the fence, over the A40, in fact over Northolt……….! Dinesh slumped to the ground devastated. But not as gutted as the organisers who had lost an expensive football. Dinesh was inconsolable……… as the committee members handed him the bill for the lost ball.

The last quarter final saw the Red Dragons take on DH Electronics ‘A’. Once again the match couldn’t be decided in normal or extra time and had to go to penalties. Red Dragons crumbled in penalty shootout and failed to score a single penalty leaving DH Electronics as the victors.

After a short break the semi-finals kicked off. The first semi-final was between KBM, who were now hot favourites, against the exciting Dragons. The match was an excellent advert for the Samaj tournament and both teams could have won it in normal time with both Kapil and Sachin going close. The match went into extra time and although Kiran went close the game went into penalties. On paper KBM looked favourites as they had been involved in many penalty shootouts, but uncharacteristic misses by Manesh and Himansu, who both hit the post, meant the dragons went through to the first final.

The second semi-final was just as close and again had to be decided by penalties. Penalty after penalty was being missed due in part to the heat and great goal keeping, but thanks to excellent penalties from Vijay and Pursotum (P) Premier squeezed into the final………… again!

After a 15-minute break the scene was set for the 2001 Samaj final between Premier Eurocom and the Dragons. The final was played at a frantic pace with both sets of players giving it the final push. Premiere Eurocom was playing more fluent football, but the Dragons were matching them in shear determination. The first half ended up all square at 0-0. The second half began in the same way as the first, with both teams playing some exciting football. It was difficult to see what or who could decide the game, so up stepped Raj Kanbi. With a couple of minutes left Raj, received the ball near the half way line. Without even thinking he pulled the trigger and rifled one of the sweetest shots you will ever see. The second it left his boot it was heading for the right hand corner of P’s goal. The whole ground erupted in excitement. For the Dragons though, the excitement had to be tamed as there were still a few minutes to play. Could the Dragons hold the lead?…….. or would Premier Eurocom pull one back? The final whistle blew and the crowd swarmed onto the pitch to congratulate the winners, the Dragons. The Premier Eurocom boys looked pole axed and slumped to the ground knowing that they had been beaten by a stunning piece of football.

Ten teams entered the juniors football tournament this year. The teams were split up into 2 groups of 5 teams. Last years winners Baladia kicked off Group A with a convincing 5-0 win against Kera-Kundalpur ‘B’. They went on to win their remaining games and reach the semi-final without conceding any goals. KV Massive Youth joined them in the semi’s having lost only 1 game to Baladia. Masters ‘A’ won clinched top spot in group 2 by goal difference over Kera-Kundalpur. The semi- final was between old rivals Kera-Kundalpur ‘A’ and Baladia. A goal-less normal and extra period again resulted in the match being decided by penalties. Baladia, unlike their senior counterparts, managed to keep their nerve and won the shootout to go through to the final. The winners of the next semi-final, between KV Massive and Masters would determine who they would face. This game was another close affair, but in the end, new boys KV Massive got the victory and reached the final in their first ever attempt. For the second time in the tournament they would again be the only team that had beaten en-route to the final. Was it going to be déjà vu or could KV Massive get their revenge?

Baladia kicked off and both teams started nervously. The game was much closer than the group game in the morning and it was obvious that K V Massive had learnt their lessons from their earlier encounter. However, Baladia still looked the stronger side and it came as little surprise when they eventually took the lead. What was surprising though was Baladia’s ability to hold onto the lead. As KV pondered the oppositions goal the Baladia keeper held strong and pulled off some great saves. KV Massive couldn’t find the way through and when the final whistle blew they knew the best team had won. Baladia were the champions again.

As always the Samaj committee Samji, Manesh, Husmukh, Shash (and Bala for letting us use their house for meetings), Ashwin, Preets, Hemas, Sam, Jit and Chem. Would like to thanks all the teams and supporter who made this years tournament a great success. Thanks also to Ram, P, Raj, Kenny and Samaj VP Shivlal who helped us with the pitches on Saturday. A big thanks also goes out to BENDEV for sponsoring the trophies and to Kanji Kerai and Harsukh Halai and family for running the food stall.

Finally, well done to Kiran of KBM who was the leading scorer in this years tournament scoring 9 goals. Congratulations also to Pritesh L Khimani or Kera-Kundalpur, who was nominated the juniors man of the tournament. Well done guys.

The Samaj Football committee as always look forward to seeing you guys again next year.

For more information you can email us to info@sklpcfootball.com.